Share
LINE
WhatsApp
Facebook
Print
Email
Finished the bird survey in the early morning and looked at his watch “It’s not yet eight o’clock, it’s still early!”. Now that you have all walked into the forest road, why not go deep and take a peek at the Yunsen Falls you have never seen? The forest road advances along the winding mountain wall, passing by several cedar plantations from time to time. The felling crickets are gone, but the trees are still. Crossing a wide Qianxi bed strewn with driftwood, you can faintly hear the sound of the water, and the waterfall is not far away. Climbing down the crumbling forest road, turning a corner, and turning over a few big rocks, the magnificent Yunsen waterfall is right in front of him. It turned out that I was not the first to visit today. An old couple was already sitting on a stone not far from the waterfall.The sound of falling waterfalls and the sound of streams flowing around the whole forest are surrounded by tall green maple, maple scent, and camphor trees, and huge branches are everywhere on the branches. A lead-colored water leaped up the middle layer of Yunsen Waterfall, swung the copper-colored tail feathers a few times, then turned and flew along the stream, disappearing at the end of the current. In Taiwan’s shallow mountain area, it is not easy to find such a complete forest. Compared to the mountains that are far away from the crowd, the shallow mountain forest close to the human life circle is currently threatened by human development and cannibalization.

The members of these shallow mountain forests have an inseparable relationship with each other, and ecology is often represented by food webs. A food web tells about the relationship between living and being eaten, the flow of energy, and the checks and balances among ethnic groups. These effects affect producers, primary consumers, secondary consumers, and advanced consumers in a hierarchical manner, just like the Yunsen Falls clearly divided into two layers in front of my eyes. Next level. Therefore, ecologists refer to the transfer of energy and quantity between living things as “trophic cascade”. Cascade is not the same as waterfall. Waterfall usually refers to a waterfall that directly falls down, while cascade refers to a waterfall that is clearly divided into two or more layers.

This nutrition waterfall is special in that its circulation can not only be from top to bottom, but also from bottom to top. If the impact starts from high-end consumers, it is called a top-down effect; if it starts from primary consumers or producers, it is called a bottom-up effect . The film “How the Wolf Pack Changes the River” is telling the top-down effect of the nutritional waterfall: the increase in wolf packs, the reduction in deer herds, and the pastures are thriving. Therefore, the increase or decrease of each organism affects the structure of the entire food web.

If the change in the number of one species will severely affect the structure of the entire food web, it means that this species has a key position in this system. Species with this characteristic are called “keystone species”. High-end consumers such as wolves or stone tigers are often cornerstone species. The metaphor of the cornerstone comes from the middle stone at the top of the arch. Once it is removed, the entire arch will disintegrate.

However, the check-and-balance relationship between living things is far more complicated than we think. Who is involved? What is the implication? How strong is the impact? None can answer objectively. That is to say, we still do n’t know what irreversible impact any member ’s existence will face when facing the ecosystem, so we try to maintain the original appearance of the system as much as possible. The ecosystem is like an airplane, and human beings are also one of the passengers. You and I do n’t know if the loosening of a screw will disintegrate the whole airplane.

This is why we protect wild animals, including the stone tiger. 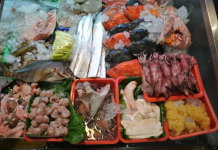 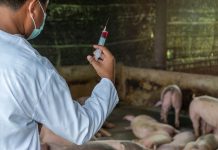 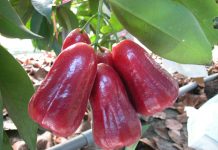